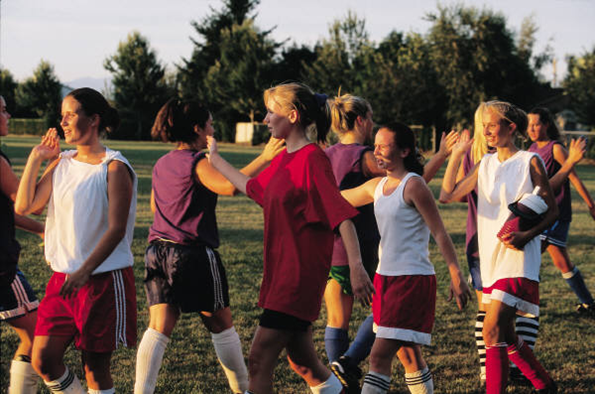 Sportsmanship is one of the reasons why soccer is the most popular team sport. The idea of sportsmanship is basically ‘playing the game of soccer fairly and cleanly.’  Players who play with the spirit of the game in mind are giving a lot more respect as a leader than that of a player who is constantly bringing the game down by swearing, cheating, or fighting.  When there is a presence of sportsmanship on the field, the game of soccer dramatically improves.  You are then playing soccer for the love of the game without any intent of hurting the opponent.

The main objectives of the Select Soccer program are to have fun and to help every child develop as a soccer player. If one team is greatly superior to the other in any match, these objectives are often lost.  The coach should slow down the scoring, and work on other skills with the team (see “Ways to Change the Attack” below).  It is important for coaches to guard the dignity and integrity of the other team.  The coaches should exhibit good sportsmanship and not drive up the score unnecessarily when involved in a game with mismatched teams.

Ways to Change the Attack

Methods to Hold down Scoring:

THINGS NOT TO DO:

If you are the coach for the team that is ahead…

If you are the coach for the team that is down…