5.1:  The WCSSF will allow the use of “Select Pass Player(s)” beginning with the 2018 Spring season.  With the implementation of the Select Pass Players, the Equal Strength Rule will no longer be enforced in WCSSF-sanctioned games.

5.3:  Players registered with a club may use their ISA “Member Pass” card to play for any other age-eligible teams within their own club.   A Member Pass is simply the player card that is issued by Indiana Soccer for players playing on a Select Soccer (RecPlus) team. 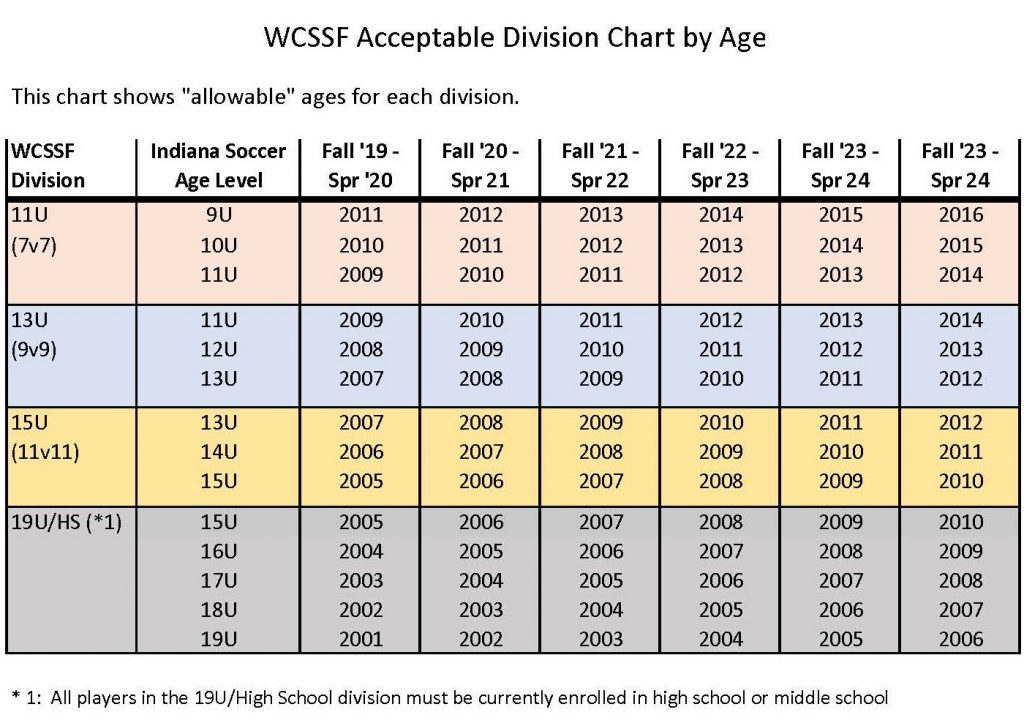 5.5:  As coaches become aware that they will not have enough players to field a full team on the field, they should contact their Club’s director of coaching (DOC) to help find players from within their Select Soccer ranks as long as the total number of players per game does not exceed the limits listed in Rule 5.4 above.  (Note:  Travel players cannot play with a Select Pass on a Select soccer team in which they are not officially rostered.)

5.6:  On the day of a game, if a team will be short players, the coach can use players from their Club’s Select Soccer (RecPlus) teams by getting with another of the Club’s Select Soccer team’s coaches and asking if any player would be able to assist in the game.  as long as the total number of players per game does not exceed the limits listed in Rule 5.4 above.  If this occurs, the coaches will need to exchange the effected player’s Select Soccer pass for the upcoming game.  It will then be the responsibility of the two coaches to coordinate the return of the Select Pass before the next game.

5.10:  For the season ending tournaments, the Select Passes cannot be used by any team.  The Secondary Travel Players (up to 2 only per team) can play in the tournaments on the official rostered team.